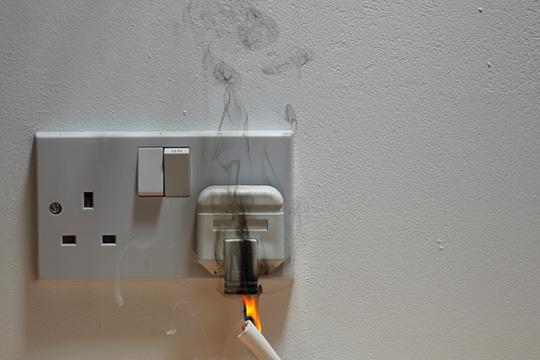 6 Ways Your Old Wiring Is A Fire Hazard

Sadly, home fire disasters are becoming common and in some cases, the root cause is old wiring. Most electrical fires are preventable, only if everyone is knowledgeable about the different causes of fire and take the proper actions to stop them. Below is a list of reasons from Victoria BC Electricians why old wiring is hazardous.

Knob and tube wirings aren’t the issues; however, altering it such as being chewed by rats can be a problem. And according to many insurance companies, this is a leading case of house fires.

Old houses, especially built during the twentieth century, are anticipated to have deteriorated wirings over the span of years and are often modified by individuals with insufficient knowledge and training. This means that there can be loose lives wires and connections that aren’t properly executed, which are unsafe.

Old wirings have lower amps but appliances today require higher amps; this can be another major electrical risk for house fires.  These wirings with lowered amps can lead to overloading and can eventually cause house fires. For older houses, problems like this can be solved by replacing breakers with arc fault circuit interrupters.

Old wirings tend to have unsatisfactory insulation. Through the years, these wires may be chewed by rodents, became brittle or got damaged from nails or screws being placed in walls. Such impairment can leave the core of the wired exposed, which can lead to sparks and eventually fire.

Older homes can have, apart from faulty wiring, faulty breakers too. Panels that haven’t been upgraded recently can possibly have switches and breakers that are faulty as well. If your panel is not working properly, then your electrical system will not function as intended, which can be dangerous.

Old houses require extreme loving care, and the same goes with their hidden electrical system. Hence, if you have a house that is over 40 years old, it is crucial that you change the old electrical system for you and your family’s safety.

Thanks to Jaycox Industries for these tips.