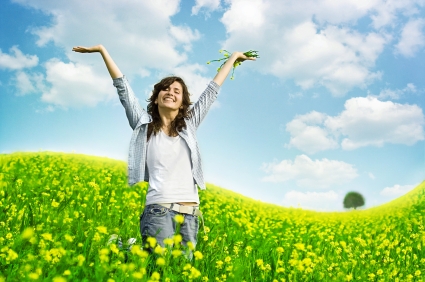 A Healing Process That Is Absolutely Natural

Today, each one of us has some issues related to mind or body. In many cases, spending too much money in medication becomes useless or just considered waste of money. On that note, to have some kind of alternate treatment for this is most preferred by people all over the world. In fact, any treatment that is done with no pain to you, leaves you no scars or traces and importantly saves you huge sum is something that everyone wants. A natural healing process called Reiki emerged originally from Japan though some of the areas in Reiki has incorporates Sanskrit especially in its symbols.

Though it has Japanese formation in it, still they have a slight touch of one of India’s ancient language, Sanskrit. Reiki is nothing but healing any living thing, be it human or animal or bird from pain and give them joy and peacefulness. In order to do this, one has to practice Reiki with a teacher or master who has well versed in Reiki healing and at the same time has the right qualification to preach their students. Though the style of teaching may vary from one Reiki teacher to the other, the base remains the same. So, if you are interested in helping out people who are stressed either physically or mentally, then Reiki would be the best choice for them to get rid of their misery that haunts them. For that you should be interested in understanding the teachings and spend time practicing with the Reiki Symbols that can give you the most excellent result to the person to whom you are doing it. You need to have more patience and concentration when you practice as a student and put your heart and soul into it. Only these two are very much required for becoming a good Reiki healer.

Every Symbol Is Unique In Its Healing Methodology

When it comes to Reiki Symbols, there are the fundamental ones which as a student you should know in detail. Just by knowing the symbol won’t help you to become a proper healer, but you have to clearly get to understand about each symbol and its uniqueness in handling with the kind of problem that the patient has. The symbol Cho Ku Rei deals with power and any healer will use this at the beginning of the session. As the symbol resembles a coil shape, it can either be used in the commencement or at the end of the healing session. Similarly to deal with emotional and mental healing, the symbol named Se He Kei is used. This symbol manages the recipient’s brain both right and left side bringing complete calmness and harmony.

People who have an imbalance in their lives should be healed with this Se He Kei in Reiki so that they have their mind as well as body cleansed. Apart from this, Reiki has the power to rehabilitate a person from bad habits which he or she might have got addicted to. In spite of several years of addiction, continuous and effective Reiki healing can bring the person out of their addiction problem and put an end to it permanently. Since, Reiki deals with the metaphysical energy it is universally accepted and proved to be successful. This is why many people who have suffered from unquenchable addiction problems such as smoking, drugs, drinking and even gambling have felt effective and now live a life that is hassle free. Learning the symbols alone doesn’t complete your Reiki healing course, but how effective you practice is the real determining factor of all. A strong healing energy can do wonders to the recipient and that will change their life from there on.