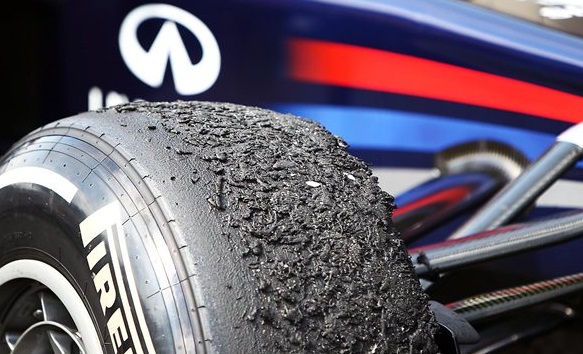 Are Racing Tyres The Safest They Have Ever Been?

A 21st century race car is definitely an admirable masterpiece, incorporated with the latest modern technology. But factoring in the development strategies implemented in aerodynamics, composite creation and engines, it would be very easy not to note that tyres are race cars one major performance variable, and mainly the only section that connects the car and racing track.

A normal vehicle that has good tyres performs well, but if the tyres are not good even a good car cannot perform as it is supposed to. Since the year 2007, every firm receives tyres from one supplier. Tyres are the major performance differentiator with the better, new and fresher tyres often giving a very good advantage over worn out rubber. Because of this, teams and drivers have to carefully monitor tyre usage after a race to make sure that they enough pairs of fresh tyres for the race.

The racing tyres are made from a combination of soft rubber materials that give a better grip over roughness of race track, but often wear out very fast during the race. If you carefully look at a normal track you will notice that on the racing line, a huge number of rubber debris is left behind. All racing tyres perform best at very high temperatures and the tyres becomes sticky, although different materials offer different levels of temperature ranges.

The creation of racing tyres came about when “slick’ untreated tyres appeared in the last quarter of 1960s and 1970s. Drivers and their partners and tyre manufacturers discovered that, by removing a treaded pattern on tyres specifically made for dry weathers, the section of the rubber that touched road could be made bigger.

Racing cars raced with slicks until 1998 when grooved tyres came into place to block cornering speeds. The terms stated that all tyres should have four continuous grooves that were longitudinal and should be around 2.5mm deep and a space of 50mm apart.

These adjustments presented new challenges for tyre manufacturers; most specifically ensuring the grooves integrity, that limited the softness of the rubber materials that were in use. In 2009 slick tyres were reintroduced, after a decision to use aerodynamic regulations instead of just rubber as a method monitoring cornering speeds.

The rubber materials used in every motor race are determined by the tyre supplier depending on the feeling of the track. Two different materials are given to every team during any race over a weekend. Every driver is supposed to take care of specifications in a race.

The specific texture of a tyre is determined by changes in proportions of compounds that are in the rubber material the major ones are carbon, sulphur and oil. From a general point of view, the more oil a tyre has, the softer it will turn out to be. However, while softer tyres offer better speed, they do not last for long.

Intermediate and wet weather tyres have patterns that are fully treaded, which are important in expelling stagnant water when racing during a wet weather. However, in other times conditions are extremely wet even for the full we tyres to deal with. one of the major the worst possible scenarios for a race team remains to be ‘aquaplaning’; a situation whereby there is too much moisture that forms on the track that drops of water fill up between the tyre and the road, such that the race car remains floating. This can lead to low levels of the grip, which can be dangerous for the racing team.

Though car racing is a dangerous and risky sport, the major goal is make sure that all racers finish the race safely. The treaded patterns of race tyres are creatively made to make sure that there is the best of contact in the tyre and the racing track. Interestingly, at a full high speed, a race car tyre can disperse around 25 litres of water in a second, and a tyre that is wet can disperse 65 litres of water in a second.

Racing car tyres are usually filled with one of a kind, nitrogen-rich air combination, which is specifically made to decrease the differences on the pressure in the tyre with that of the temperature. The combination also maintains the pressure much more than the normal air would. Racing tyres have undergone various changes that make them safe during motor racing. As technology keeps changing now and then, it is expected that better and safer changes will be implemented in future.