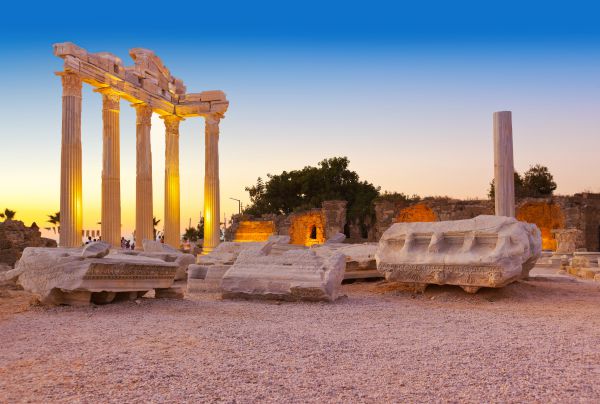 Whether you are visiting Turkey for business or leisure, some seasonal retreats and flows of tourism follow some common patterns. If you are hoping to coordinate your vacation with the music festival performances in the Aspendos or Tulip Festival, it is important that you first check the calendar. The “shoulder season” months of May, April, October and September are the best time to visit the historical sites of the Aegean and village resorts. During this period, most museums sites are usually less crowded, parents are sending their kids back to school and the country’s heat is more bearable. If you are in Turkey during spring and you are a water sports enthusiast, then Cappadocia is the best place you ought to visit.

When to Visit Turkey

Due to its geographical location, closeness to oceans and mountain ranges, Turkey’s climate might be unpredictable at times. It experiences cold winters with snow being a very common feature and hot summers. Towns near the ocean such Istanbul might be very windy during the winter. For that matter, the best time to visit such towns is when the skies are clear and the temperatures are pleasant. The coastline resorts of Kusadasi and Marmaris enjoys the Mediterranean climate characterized by hot summers and mild winters. The climate has made Mediterranean coasts to become so popular. The summer months are usually dry and hot while most rainfall occurs along the coast in winter. As you travel to the eastern sides of Turkey, the climate becomes more noticeable with very dry and hot summers and heavy snowfall during the cold winters.

When it comes to diversity, it is surely hard to beat Turkey. The country has a massive mountain ranges, rocky coastline and productive valleys, quiet villages and busy cities. It has a population that might surprise most visitors, in any of the fast growing towns you go, you shouldn’t be surprised to find Arabs, Greeks and Kurds. The country has been shaped by her own history, it has incredible archaeological astonishment and historic sites set in a good-looking and wide-ranging landscape. For instance, the Mediterranean shoreline is characterized with well-preserved Greco-Roman capitals such as Ephesus and Pergamom. On the other side, the rocky Anatolian plateau has cave houses of worship that you would love to visit.

Apart from the historical remnants, there are so many things that would make you want to visit Turkey any time of the year. For example, you will be overwhelmed with choices the first time you will visit Istanbul. There are Ottoman palaces and mosques to see and different clubs to dance the night away. Just like in other countries, the Turks would be happy when you try to use their language even if it is a simple sentence. Before embarking on your journey, it is advisable to know the type of cloths to pack. Different seasons requires different type of clothes. The Turkish coasts are full of rocks, consider wearing sandals or shoes when at the beach. Though some lodgings along the coastlines don’t operate from October to March, it is good to apply for Turkey visas early so that you can plan your family trip well.