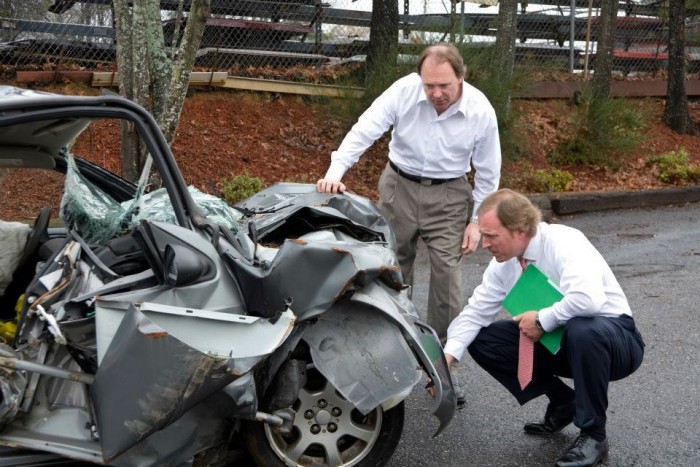 CAN YOU FILE LAWSUITS AGAINST AT-FAULT DRIVERS IN A NO-FAULT STATE?

Have you recently been involved in a car accident in one of the crowded streets of Tampa? Did you find the claim amount, which was settled through your insurance coverage too little to compensate for all your damages – physical disabilities, mental trauma, lost wages, and more?  In such a case, you might want to drag the at-fault driver to the court and make him pay for your suffering. However, as a Florida resident, you cannot do that unless you have sustained serious injuries. Why? Florida is one of the dozen states that follows a no-fault car insurance system that requires the insurer to compensate the other driver who got injured in the accident. The system also restricts the other driver’s rights to sue the erring driver, except in the cases of serious injuries.  But how do you decide whether your injury is serious or not? Well, a Tampa-based injury lawyer can help. Besides helping to determine the serious injury threshold in a no-fault state he will fight your case to help you get the maximum compensation for your damages. Your stepping out of the no-fault system will also enable you to obtain compensation for non-economic damages like pain and suffering.  Here is how the entire system works:

In a no-fault state, you’ll have to first utilize your own insurance coverage to reimburse your medical expenses and also to get compensation for lost income. However, if you want more, you will have to fight a court case, and as we have told you, Florida’s car insurance laws do not allow for that. In Florida (and in other no-fault states) you will have to first prove that you have sustained serious injuries to obtain the right to file a liability claim or car accident lawsuit against the at-fault driver. But how do you define a ‘serious injury’? Well, each no fault state has its own set guidelines that allow a plaintiff to take his/ her case to the court.

Florida’s car insurance laws make it compulsory for every driver to carry personal injury protection coverage (PIP). As per the rules of this coverage, the insurer will have to pay its policy-holders up to $10,000 for all injuries resulting from a car accident. The payout includes up to 80 percent of medical treatment and 60 percent of lost wages where the injured person is unable to attend work.

The PIP coverage is applicable regardless of who was at fault for the accident. If you’ve suffered losses that exceed this $10,000 ceiling, or if your injuries qualify as ‘serious’, you have two options:

Not only motorists but also pedestrians or bicyclists are entitled to get compensation under PIP if they get injured in a car accident.

If you think your case qualifies as a serious injury under Florida insurance laws, step outside the no-fault system and pursue a claim. Hire a Tampa-based injury lawyer to be able to sue for full damages. Be sure to select an attorney with a proven background in this area.