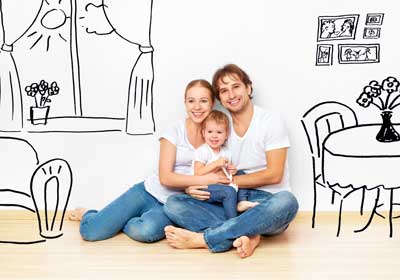 Do not be bitter, live happy!

Has it occurred to you that the more knowledge you have of how the different spheres of life work (political, economic, social, etc.) has a tendency to bitterness by a kind of impotence to be able to change things?

And is that the more knowledge is acquired, for example, the greater ignorance one has. This reality leads people to debate, at least, between two positions: one of humility, realizing that their knowledge will always be extremely limited; another one of bitterness, when realizing the impossibility of solving the different problems presented by reality.

You can also experience other feelings and take other positions. The person who develops or warns a new knowledge, can invade a great astonishment to understand that which seemed inexplicable; At the same time, a great joy can come to you in finding the answer you have been seeking or in completing the efforts of a lifetime of research.

However, the bitterness of which we speak may appear, when we know that they are teasing us and treating us as stupid. In fact, these are the different forms of deception that are used to hide the interests or objectives of a few to the detriment of the majority; Situation that has an additional aggravating factor, the same injured usually support, it is assumed that by ignorance, measures that go against their own welfare.

You may also like: Excellent Tips to Worry Less And Feel More Happier

Let’s take an example to better explain what we are proposing. In tax matters it is not the same thing to approve direct taxes as indirect taxes, in the first case it is about progressive taxes in which each person pays based or according to their income; In the second case, all people pay the same and regardless of the many or few income that each citizen has.

Well, to understand something that seems so simple, one must have a minimum knowledge about the difference of both taxes and how each affects the people of a certain society. Anyone with this minimum knowledge, in principle, should be inclined to approve direct taxes; However, in a few occasions and by ignorance, the same people who will be affected by an indirect tax, we will find them supporting the establishment of this type of fiscal policy.

For us to understand, ignorance allows us to be in a kind of state of happiness. A citizen who only cares about how the soccer game was like, or just interested in knowing that the Kardashian clan is in Costa Rica, is happy not to have to worry about other issues that require analysis and thought; To the above, of course, is added the encouragement of some or all of the media interested in selling that type of junk because, apart from making money, keep people happy in ignorance of things really relevant.

You May Also Like: Nootropics: What Are They & How Are People Taking Them in 2016

Now, bitterness is for those who have the knowledge and discernment to notice the manipulation and deception that is done to the citizens. There is nothing that irritates more than watching and listening to people in the media, dumbfounding the population with superfluous contents and lacking the slightest intelligence; That is to say, one feels a sadness and at the same time a great bitterness when perceiving and understanding, that this reality exists and that it is difficult to be able to change it.

Therefore, some people prefer to live in ignorance but happy. For a majority of people the important thing is to have an income that allows them to buy the basic daily newspaper, pay the indispensable services and buy the liquor that they will drink observing the national and international soccer matches; Those who are interested in understanding what is happening in international or national society are classified as boring, pessimistic and bitter people, because they do not target the vacilón and the fun.