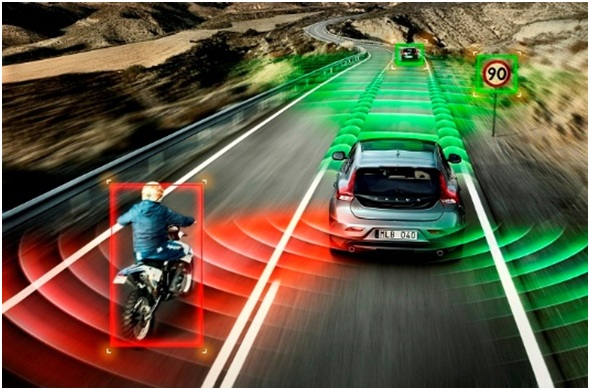 UK’s government permitted driverless car testing on the roads earlier this year. The test drives are expected to start in the beginning of summer. Autonomous cars being a new technology still in the developing phases bring up a lot of important questions concerning driving safety and what kind of changes can we expect in the car service and the car insurance industry.

There has been a lot of progress in the field of artificial intelligence and robotics over the past decades. In fact the first Turing’s test was passed last year by a computer mimicking a 13 year old Ukrainian boy. However this does not mean that we have developed AI enough in order to trust it with full driving autonomy. The road holds a lot of information and even if the track can be modelled, the unexpected events like other driver’s errors, speeding, drunk driving, landslide etc.

The reason why driverless cars are considered the vehicles of the future is because they’re expected to reduce the number of car accidents and improve driver’s safety. Human error is the number one reason for all car accidents with 90%. But the question is, what happens when driverless cars crash? Who is to be blamed for such an occurrence and what’s the factual moment that separates the begging of autonomous driving and the end of driver control? Is the driver to blame? Or maybe the manufacturer of the vehicle? Another important matter here is that driverless cars will demand new insurance policies and will substantially change the rules in this business.

In order to have a safe traffic that includes driverless cars a unified global system must be implemented as a platform where cars will communicate with one another. This calls for manufacturers to adopt the same operating system so the cars can have a flawless communication and speak the same language. This is very much needed since all of the information about the road will be uploaded on this global vehicle communication system so the autonomous cars can have all the information needed for safe driving. This kind of system has not been fully developed yet and it might take a few years before it becomes considerable safe and sustainable enough for commercial use. The main problem with this matter is the existing threat that this global vehicle communication system might become the target to cyber terrorist attacks and cause havoc in the autonomous traffic.

An Impact on the Car Servicing Business

Fully autonomous cars will cause a huge impact on the car service business and shift the roles of independent car service companies to the hands of manufacturers. A stroke on such a serious and profitable industry might shake up the national economy and cause unemployment problems. Car servicers are going to become more like car programmers since the actual mechanical work will be minimal due to the fact that autonomous vehicles are mostly electric cars or hybrids.

The shift to from human driven to driverless cars will impose a huge challenge in a lot of different fields. However we hope that the benefits that humanity will experience from the shift will surpass the costs and potential harms and that driverless cars will really improve our driving safety and comfort minimizing traffic jams and accidents caused by human error.