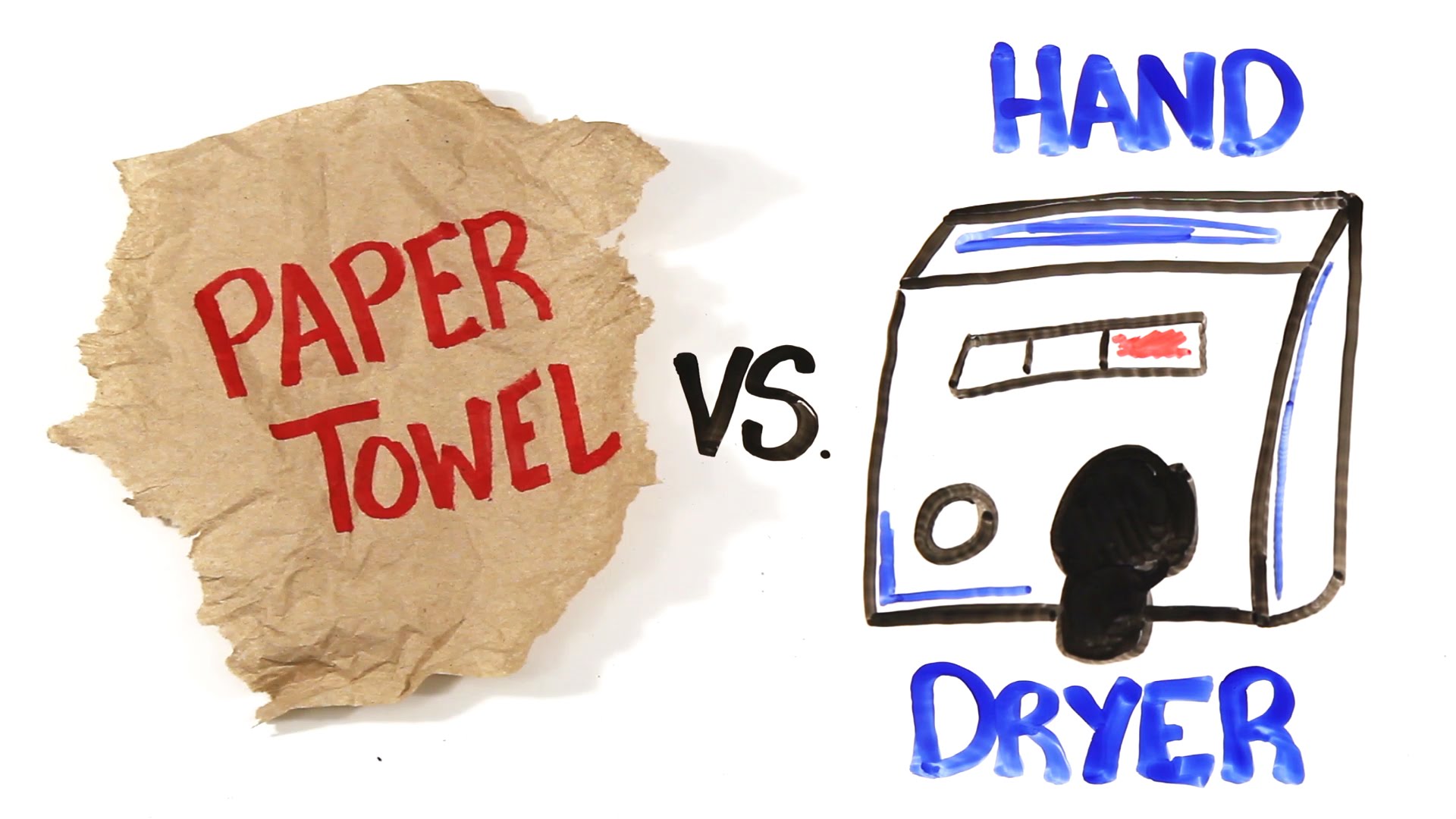 For years, the debate as to which of the market’s hand dryers represent the best all-round choice has raged. On one side of the fence you have those who swear by paper towels, insisting that they are quite simply the quickest, easiest and most hygienic of all options. And then of course there are those on the other side, who throw their weight behind automatic hand dryers for being better on all fronts.

Living in the age of science, research and reason, there’s really very little need for any such debates to still be on-going. We have all the facts and evidence in the world to play with, so in terms of this particular debate, which of the two comes out on top?

Well, in order to assess the two fairly it’s important to break things down into specific areas of consideration, so as to then weigh each against the other.

First up, ease of use is a tricky one to nail as it’s somewhat in the eye of the beholder, so to speak. Some will argue time and time again that there’s nothing easier than using paper towels, while for others the automatic drying of the electric hand dryer really does speak for itself in terms of convenience. In truth, both offer the ability to dry hands completely in a matter of seconds, so to say that either was better than the other would be more of an opinion than a fact.

In terms of hygiene, it’s long been suggested by those on the paper towel side of the fence that electric hand dryers are in fact anything but hygienic. As for why, they insist that the interiors of the machines are breeding grounds for bacteria and germs, which then get blasted onto hands the moment the machine is used. It all sounds rather unpleasant, but when put to the test it was proven outright that this isn’t the case at all, and nor was it ever. The reason being that the high levels of heat and fast blowing air make the interior of hand dryers anything but hospitable for germs and bacteria, which in turn means that in hygiene stakes, the two are again pretty much equal.

Always the sticking point for most businesses and buyers in general, there’s no denying that automatic hand dryers aren’t always cheap. By contrast, a paper towel dispenser can be picked up for next to nothing which is why it is wholly more common for this latter option to be chosen by those with budget concerns. Over the long-term however, things are quite different as it’s not uncommon for an automatic hand dryer to be as much as 90% cheaper to own and run on a monthly basis than the paper towel alternative. Initial savings are always great, but not if it means that as time goes forward you actually end up paying far more than you would have if you’d have invested in the higher-priced product at first. So when looking at costs in terms of long-term value for money, the electric hand dryer is a clear winner.

Is it difficult to look after a paper towel dispenser? Not exactly, although the never ending cycle of refilling the units and emptying the bins can soon become a drag to say the least. After all, it’s not as if this is the kind of mess that’s going to clean up itself, which means paying someone to do it on your behalf…or doing it yourself. As for automatic hand dryers, daily upkeep generally means little more than a quick wipe, so a clear winner in this arena too.

Last but not least, for anyone with even the slightest of concerns for the environment, these are exactly the kinds of subjects that should be afforded real thought. The reason being that even if you think you’re doing the right thing by using recycled paper towels, you may still be throwing out thousands of them every week which once again puts a strain on the UK’s recycling systems. So when it comes to doing your bit, the best way of doing so is to make the switch and eliminate paper towels from the equation altogether. Some would argue that the power needed to run an electric hand dryer is far from eco-friendly in its own right, but these days the machines are made to be incredibly efficient – far more so than their paper towel counterparts.