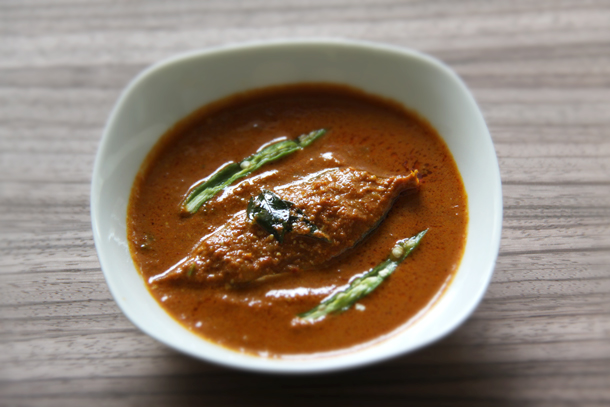 The state of Goa in India’s south is famous for a number of reasons. Its beaches are one – along with the all-night trance parties that take place on some of these stretches of sand. The legacy left by the Portuguese is another – in Goa you will find a number of churches, homes and other architectural relics hinting of a time gone by. And then there’s the food.

For anyone visiting Goa, it soon becomes apparent that the food in this state is truly addictive. With so many simple restaurants and eateries to choose from you would be forgiven for thinking that the culinary offering is equally as modest. However, this is far from the truth. The state has a number of dishes it can call its own – the most notable and recognisable of these being vindaloo. It is also proud of its version of fish curry. Of course, Goa does not have a monopoly on the fish curry – far from it. Ask any Keralan or Bengali and they will assure you their version of this dish is the best you will taste. But a Goan fish curry is packed with flavour, attitude and character. Here’s a few tips on how to make it.

Many of Goa’s dishes are characterised by a sour and spicy flavour, and fish curry is no different. So what’s the secret? A good place to start is with the fish. As Camellia Panjabi explains in her ‘50 Great Curries of the India’, pomfret (a flat fish found swimming off the coast of India) is the number one choice in India – a good recommendation as far as we’re concerned. If that isn’t easy to get hold of, however, a firm, white fish which has been sustainably sourced is your next best bet. Marinate the fish in lime juice, turmeric and salt before adding to the curry (another of Camellia’s tips).

Next on the checklist are the spices. The masala is a blend of spices used to flavour the dish and is integral to the character of the final dish. Garlic, turmeric, red chillies and coriander seeds are generally considered the core spices to include. Ingredients that are less common include star anise, cloves, ginger and kokum – be creative.

To match the perfect blend of spices is the sour element of the dish. The traditional way to achieve this is through the addition of tamarind pulp. However, white vinegar can work just as well in terms of taste (and might be easier to source). To balance the tang you might want to add a spoonful of sugar, too.

The next ingredient on the list is coconut. Growing in abundance across the state, it is an essential part of the curry – and what makes it uniquely ‘Goan’. Fresh grated coconut or coconut milk work well. Add tomatoes, onions and fresh coriander to serve;then all that’s left to do is sit back and enjoy a little taste of Goa.

If a Goan fish curry, one of London’s fine dining Indian restaurants is sure to deliver on taste, character and attitude.