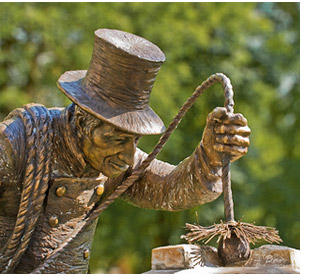 How To Choose Best Chimney Lining Company For Chimney Repair?

If you have an appreciation for Victorian era architecture, then you would know that in every respectable home the fire place was usually deemed as the central point of the whole living room. With such an important part of the house at the forefront for all to see, businesses sprung up all over the city dedicated to keeping them clean and making sure they functioned as they should. Now many years later, instead of becoming an obsolete industry, it continues to thrive and survive with thanks to the latest technological advances the world has to offer.

Indeed there still do exist in the heart of London many chimney lining and cleaning companies that still do all the things you would expect them to do, (minus the singing and dancing part for you musical fans), but with a 21st century twist to make the whole thing a whole lot safer. Sweeping chimney’s top to tail, relining and repairing any damage caused by weather, or full on installing a new one from scratch has never been as simple as it is now. So if you’re wondering where you can find a chimney lining company yourself, read on, they might be closer to you than you might think. 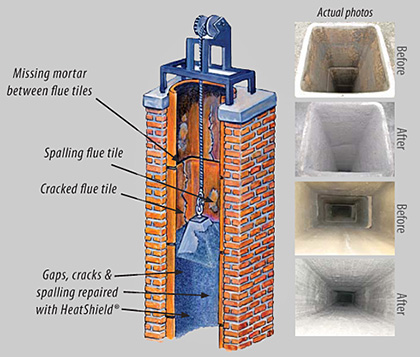 As I said before, the city of London has had many different chimney sweeping companies come and go over the past 100 years, but the ones that have managed to survive past the era of chimney dependancy and into the modern day all have one thing in common, in that they learned to adapt and implement into their work the newest advances in technology to make the job easier and safer.

While the evolution of the trade is good, it wouldn’t be as strong as it is today without the two official union bodies (the HETAS and The Guild of Master Chimney Sweeps) keeping the industry strong by ensuring of the authenticity of the people who work the brush. Any smart sweep would be sure to have their credentials, insurances, qualifications, certifications, and most importantly of all, training, all be validated by them before they start working full time. This way, future customers can be assured the next time they require a flue lining job, the person doing it isn’t just any old bloke off the street with a ladder and an old push broom.

To conclude, if you’re truly are looking for a local company like this, now you have the knowledge of what to check for first in terms of quality and efficiency when you sort through the dozens of London based companies you’ll inevitably come across when you go searching. but before I go, here’s a friendly tip from you to me: The best ones usually cover large chunks of the city, and even spread outward into areas of Kent and Essex, but that aside, so long as they say they can do the job you need doing (and a lot of them can), don’t hesitate to book chimney lining experts today.