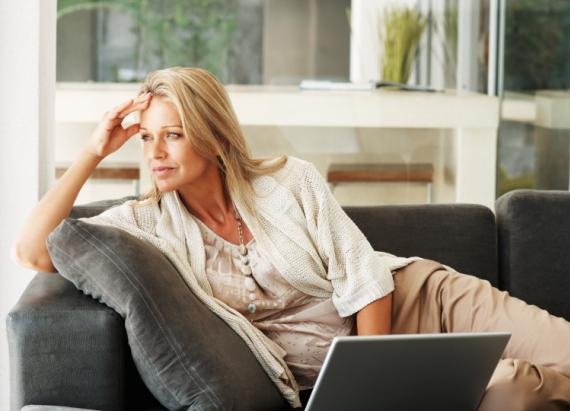 How To Cope With The Mid-life Crisis

Studies show that at least a third of men in their 40’s and 50’s admit to spending large amounts of money on a new car as a result of a mid-life crisis and some women confess to getting Botox or making other major changes in their appearance at a similar age or younger. Women are noted to go through this at an earlier age than men but we don’t have to dread our lives being taken over by out of character behaviour or actions! Surely it makes sense that in middle age we will look older and might want to do something about it? That we would have more dispensable income and therefore would be in a position to spend it on an expensive car? So shouldn’t we accept these as age typical actions rather than part of an age related crisis?

Essentially it’s not a bad thing to want to do and learn new things. After all, broadening our horizons keeps us vital and stimulated but I suppose you should start to be concerned if an individual’s behaviour becomes moody or slightly bizarre! Supporting your partner through it is probably the best thing you can do. Seeing someone realise their dreams of owning a fancy car or motorcycle or getting into health and fitness, whatever it is, knowing they have your full support will help enhance their experience. Being sympathetic towards any insecurities they might be displaying and respecting their fears will help both of you cope and avoid any friction in your relationship as a result.

However, rather than think of this as a passing phase, as it can last over a decade, perhaps the mid-life crisis should be thought of as a time of reassessment of the next phase of our lives. A time to see if we’re on track to achieving our goals, to assess if we’re happy in our career and if we are living our best life. If we find we are not then it’s the perfect time to make the change. It always surprises me that we might think our lives would be perfect throughout as we all grow and change with age. What we once wanted in our 20’s could be miles away from what we want in our 40’s so what’s wrong with accepting we’re not happy and changing those things that don’t fit with who we have grown into? Surely that’s the secret to being happy and so far from being a crisis?

It’s interesting that a recent study showed that one of the signs of having a mid-life crisis is desiring a simpler life. It could be argued that if you feel as if you’ve been on a treadmill for decades that naturally you are going to burn out and crave an easier lifestyle, who wouldn’t? Another sign is looking at old pictures of yourself, isn’t that what they are there for? To look back and get nostalgic? Going to reunion tours of your favourite 70’s and 80’s bands – music is music and if you like it, why is that a sign you’re having a crisis? Obviously there are clichéd views of men and women going through a mid-life crisis which usually involve those wearing inappropriate clothing, attracting attention by driving a brightly coloured sports cars and choosing a younger partner. I suppose we’d agree those are fairly cringe-worthy images however they are also slightly passé and don’t represent a positive image of middle aged people simply trying to make the most of what life they have left and using their time wisely.

So my advice would be forget convention, forget the clichéd image and above all forget what age you are. Do not be defined by a number and if you want to jump from a great height and fly through the air then by all means Google North London skydiving to find your local school and do it because as Bette Davis once said, ‘Old age isn’t for sissies’. Now although she may have been referring to how difficult she found it, I beg to differ and insist on putting a positive spin on it. Growing older isn’t for sissies because we should be doing something that scares us every day and live life to the full!