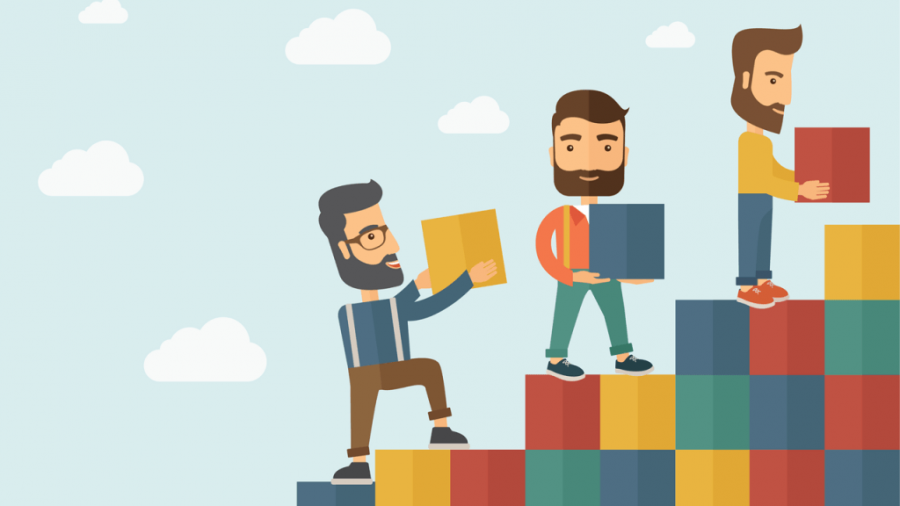 How To Explain Code To Non Programmers?

The software is built with millions of lines of coding. Written in languages only a machine can understand. To a non-programmer, these languages may not make sense at all, but to a programmer, they sound as plain as their native language.

Having mastered programming languages, programmers write programs to develop software for many purposes. When they are hired to build software by companies and clients, they are given a document called (SRS) Software Requirement Specification to determine the needs of the client. This is the only document where a client and the developer come to an agreement.

Codes defined in software are written in programming languages such as.Net, Java, PHP and C. Programmers use these languages according to their client’s requirements.

The client is usually a non-technical entity in a company. When he wants a specific set of tasks or processes automated using a computer, he seeks the aid of software which is written in code. This is where the two worlds collide. Since the clients cannot understand the code, programmers need to be able to explain how a program or a specific algorithm works to the client.

Programmers cannot communicate these using just words. The best way to explain the code to non-technical people is through flowcharts.

Flowcharts can be used to explain processes and they are so simple that they can be easily understood by anyone. But how would you explain a program or a piece of code using flowcharts? Let’s take a few examples.

The following code is for reading and printing an employee’s detail using structure. This is a sample of an employee management system of a complex HR system. 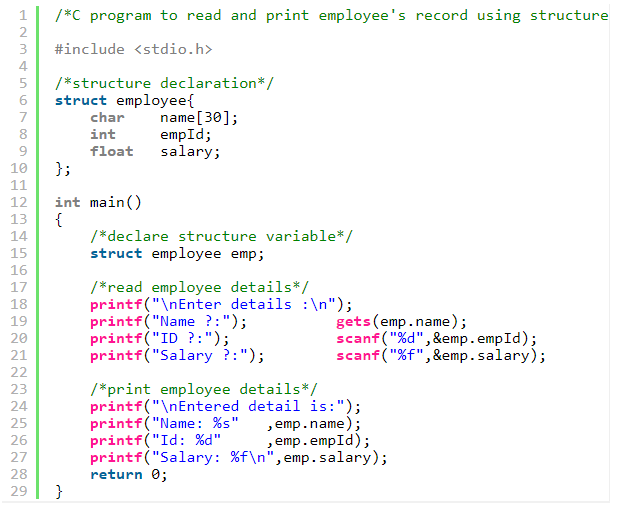 If you look at the code in the perspective of a non-programmer, you will be confused and give up reading this post. Luckily, using a flowchart you can explain this better in terms that a non-programmer would understand.

Below is the simplified flowchart version. 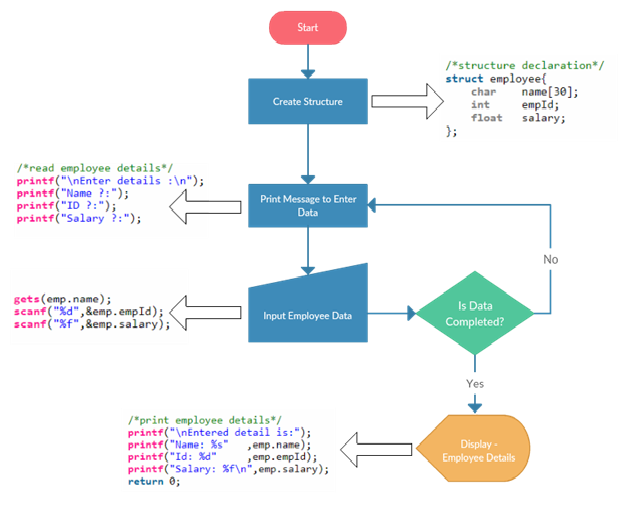 The above example clearly shows the flow of the process and the method of doing it. Each step represents a set of coding with the respective meaning of it. This way it’s really easy to understand what’s happening with the code.

Let’s take another example of coding.

The scenario 2 is based on calculating the employee salary. This can be a part of the HR system to calculate the salary of each employee every month. Explaining this process through code would be hard as managers are not familiar with syntax, variables, and conditions in the code. 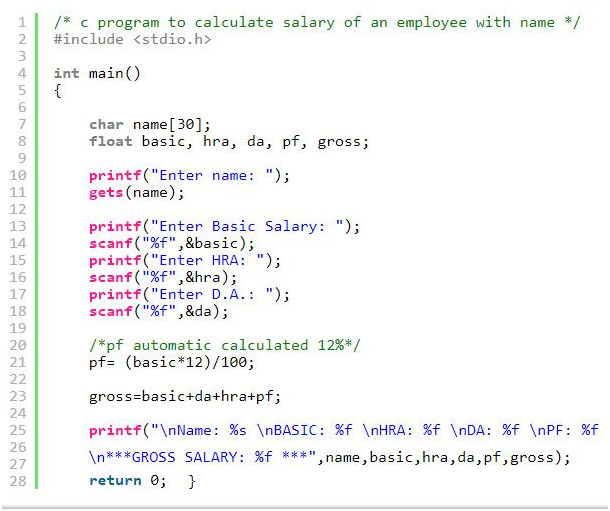 Following flowchart explains in simple terms the method used in the code above to calculate the salary of employees. 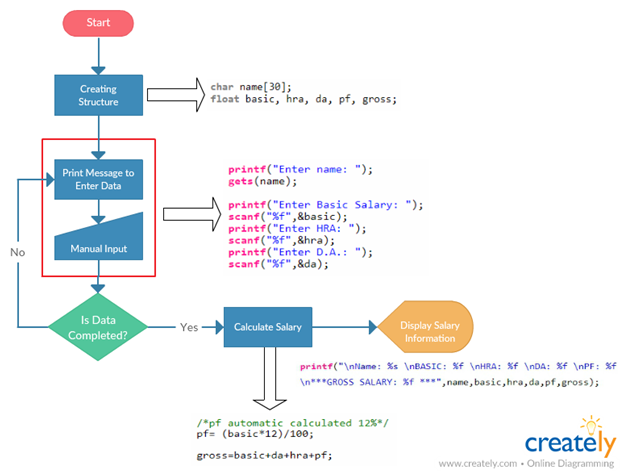 As you can see, understanding the flow and the system of calculating the salary are effectively illustrated in the flowchart. You can easily understand the code through the visualization depicted in the flowchart. The structure of the code is converted into shapes and directions visually. And anyone can get a flowchart done easily with the aid of Flowchart Software.

A non-programmer may find it difficult to read the code. But with a Flowchart simplifying the coding process, anyone can understand it much more effectively and quickly without having to learn code.