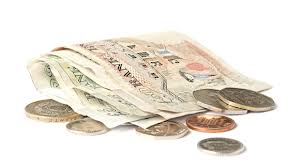 Know The Differences Between Financial Support And Payment After Separation

In almost all the western countries especially in Canada, the laws on the compensation after separation of a couple are quite strict and everyone has to obey it. The financial support is a part of responsibilities generated after marriage but the Spousal Support is the thing which happens after a couple divorces each other. The quantum of amount is decided by the court.  In some of the exceptional cases, where the financial condition of each of the spouses is not to shoulder the compensation, the court decides the alternate way.  In cases of those unmarried couple, who are living in relationship this is not applicable as they are not properly married.  In Canada, living in relationship has the legal acceptance.  Such couple is just considered separated from each other and not divorced. Normally this stands when the big differences are noticed in the routine income of the couple after their separation.  In such a scenario, the weaker party can claim the support as this is the legal right too.  It is not a routine case in the court of the Canada. In the Quebec, this support is not necessary.  This is quite optional and depends on the discretion of the court on case – to – case basis.

In this country, those couple living under common relationship band, without marriage, is also expected to pay any type of such support.  Their marriage is not registered but as humanity, they are permitted to live with their loved one like a couple.  All relations are like their married couple but they only don’t have the legal acceptance. This is the reason that this type of cases are increasing day by day and inviting social evils too.  Recently some cases were raised in different courts of Canada to get the Spousal Support in respect of unmarried couple.  The plea was given that they were living from a long duration. The court accepted that on such a turning point of the age where re-marriage is not possible, separation gives a deep pain to the spouses.  At this juncture, it is quite genuine and it must be paid to the poor fellow.  It has been formulated that if an unmarried couple is living together more than three years, they both are eligible for this support.

Differences in Federal and Provincial Laws

On this aspect, there is a contrary in Federal and provincial rules in the Canada.  In some of the provinces of the country, there are certain rules that provide freedom to the unmarried couple from getting such support irrespective of longevity of their relationship. The better information on this aspect can be obtained from a professional.   The official websites of concerned territory of Ministry of Justice has all the rules related with the support irrespective of the couple is married or not. Though, to determine the level of support is based on the discretion of the court.

It may be that the applicant may not be in position to pay the higher amount.  The actual financial conditions, assets and liabilities on the applicant are required to be scrutinized and then the final decision is expected with the quantum of amount.  In this aspect the marriage length is also to be seen.  The longevity of the relationship does matter to determine the amount. Utmost care of the children left behind is also to be considered. In case, both the parties are quite wealthier, no need of any type of Spousal Support but in opposite case where one party is superior and other party and also having the children, the financial support is needed as parenting is a combined responsibility.  One cannot get rid of it even after legal separation.