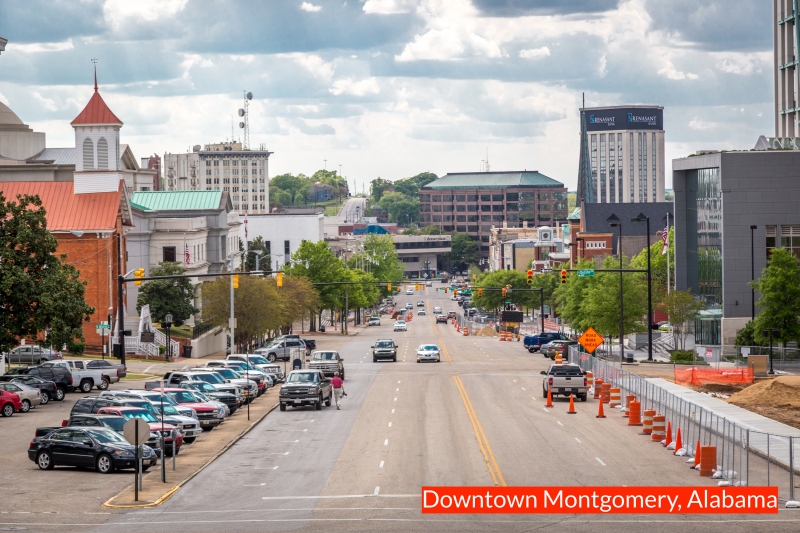 Living and Working In Alabama

If you’re eager to live the Southern lifestyle, Alabama is a great place to start, and not just because it’s the first state if you go by alphabetical order. Alabamians are proud of their culture and history, and they’ll be happy to serve you some classical Southern dishes like fried catfish, fried okra, fried green tomatoes, and well, just about anything fried you can imagine. They boil their peanuts, though.

You’ll have plenty of company if you decide to move to Birmingham. It’s currently the biggest city in the state with a population of over two hundred thousand. That’s not all, either, as the metro area contains more than one million people .The entire state has a little less than five million people, so that means the Birmingham area accounts for about one-fourth of Alabama’s population.

Birmingham has been around for nearly one hundred and fifty years now, and was at one time known as “The Pittsburgh of the South” for its iron and steel production. Things have changed in the last few decades. Like many cities, Birmingham has diversified its economy significantly. It’s now one of the biggest banking centers in the United States. The South in general has a lower cost of living than most other parts of the country, so you won’t have to spend all your money on rent and utilities. Instead you can head to Alabaster, Hoover, or another suburb and go Buy a new car with your paycheck from that nice banking job.

From Birmingham, drive about ninety miles down Interstate 65 and you’ll find yourself in Montgomery, the state capital and the second-largest city in the state. If you’re interested in the history of the Civil Rights Movement, you’ll find that Montgomery was a major player. In 1955, Rosa Parks was arrested for refusing to give up her seat on the bus to a white person, kicking off the famous Montgomery Bus Boycott.

Like sports? Montgomery has one of the best-named minor league baseball teams in all the land in the Montgomery Biscuits. The Biscuits are an affiliate of the Tampa Bay Rays. And yes, you can buy a hat featuring a giant buttermilk biscuit as one of their two mascots.

Montgomery has a lot of government jobs to offer thanks to its position as the state capital, but it’s also a big distribution hub for area industries. An Air Force base there employs thousands, as does a Hyundai car manufacturing plant.

Huntsville, Mobile, and the rest

Looking to hang out with rocket scientists? Head to northern Alabama and Huntsville, home to NASA’s George C. Marshall Space Flight Center. If you’d rather live near the Gulf Coast, you can find an affordable dream home in Mobile. If you love college towns, head to Tuscaloosa (home of the University of Alabama) or Auburn (home to Auburn University). UA and AU are the two biggest universities in the state, and both of them are known for their collegiate football teams. It doesn’t get much better than SEC football on an autumn Saturday.