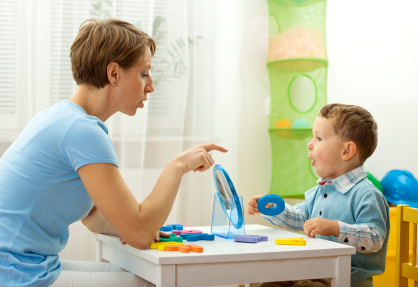 No parent would, if given the choice, be forced into a position whereby speech and language therapy was needed for their own child. When and where any kind of developmental issue creeps into the equation, the immediate thought is that of how it could affect the child’s future along with whether or not there’s a quick and ideally simple resolution. In all cases, however it’s far from the most desirable reality to face, which can make the prospect of choosing the right therapist for the job a rather daunting one to say the least.

The UK is of course bursting at the seams with practicing professionals, but as is the case in all industry areas there are huge differences in terms of experience, raw skills and general approach to the job. As such, it’s always a good idea not to take anything for granted, but instead to ask as many questions as necessary prior to going ahead in order to ensure a perfect fit for you and your child alike.

Here’s an overview of just a few of the questions you should always ask a prospective speech therapist:

Can You Tell Me About Your Qualifications?

Chances are they’ll have their qualifications presented proudly on their walls or on the pages of their website, but what do these pieces of paper actually mean? They look fancy enough, but do they really make for a perfectly suited therapist? Well, the only way to find out is to ask – question them as to their qualifications and the level to which they are qualified. This is important as there is a big difference between a therapist that has just scraped by with the bare minimum and another that’s gone beyond the call of duty to study every element of the subject inside and out. So, in order to determine the level to which your own prospective therapist is qualified, don’t be afraid to ask.

What Kind of Experience Do You Have?

The same also goes for experience as you cannot just make the assumption that the therapist has a long and glowing history with hundreds of clients flocking to their door. Experience counts for just as much, if not more than raw qualifications for the simple reason that skills on paper cannot compensate for a lack of real-world practice. A solid level of both is needed for the best possible result, which is why it always pays to opt for a therapist with plenty of experience – ideally in the exact field that concerns your own child’s case.

Why Do Parents Choose You In Particular?

It’s important to have the speech therapist lay out in simple terms why it is that they may be the right choice for any caring and responsible parent. What you’re looking for are the kinds of reassurances that paint a positive picture without going OTT or being too vague. For example, rather than them telling you they get chosen for their low prices, it’s better to hear of their success rates. Rather than simply laying into the competition with negativities, it’s better for them to build a positive picture of themselves. As a paying client with an important case you have every right to ask them to plead their case, so do so.

Are You Always Successful?

This is something of a trick question which can be used to ascertain their honesty or lack thereof. The reason being that there isn’t a speech therapist in the world that can say they’ve been 100% successful 100% of the time – it just doesn’t happen. As such, what you’re looking for is both a sense of honesty and evidence as to what exactly the therapist in question does when and where a case proves unusually challenging. Do they give up, or do they continue working with the child for as long as it takes?

Can I View or Receive Recordings of Sessions?

In order to gain a better understanding of how the treatment process works, it’s a good idea to either watch over what takes place or obtain video/audio recording of each session from beginning to end. This has become common practice across the board and doesn’t normally need to be asked for, but just in case it’s not a standard part of the process with your own therapist, it’s worth asking anyway.

What If We are Unhappy Along the Way?

Last but not least, the therapist should of course want to do anything and everything to ensure your full satisfaction, but at the same time must never make you feel as though you have no choice in the matter. Don’t ever be pressured into making a decision or be made to feel like you cannot switch to a new therapist should you decide to do so.