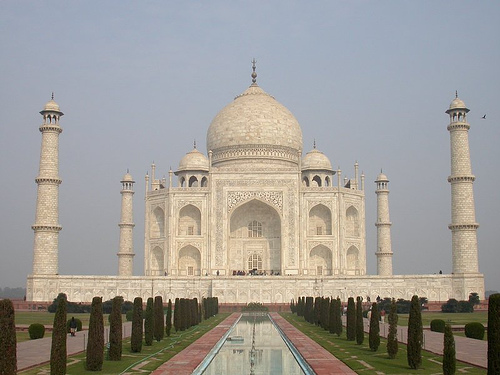 When it comes to the history of North India, there are so many places to explore. Almost each of the cities and towns in north India have seen uprise and downfalls of kingdoms and local rulers. However, there will always be few places which stands apart with their unique history. Here, take a look at some of the fascinating historical places in North India.

The northern part of the country is home to some of the well known architectural and historical treasures. Where one side we have the epitome of love, the Taj Mahal, on the other side we also have places like the ruins of Delhi and Gwalior. Where we have some mesmerizing mythology to explore in Uttar Pradesh, the hill stations of Himachal carries a distinct Victorian charm. Let’s take a look at some of the well known historical destinations in North India, which can be explored on a weekend.

Delhi – The rich history of the national capital is something, which attracts millions of tourist each year. Delhi consists of several historical monuments, and was also the seat of power under several dynasties, each of them which added to the glory of the city. There are several fascinating historical monuments to see in the city, like the Qutub Complex, Jama Masjid, Agrasen ki Baoli, Humayun’s Tomb, Red Fort, Lodi Garden, Tughlaqabad etc. Each of these carries a unique charm in the which reflects thoroughly from their architecture and cultural relevance. Each year millions of tourists visit Delhi from all corners of the world. Taking a New Delhi to Mathura taxi or a bus from Delhi to Agra is another great way to explore the historical wonders in the proximity of the city.

Agra – Agra is a true delight when it comes to travel through historical wonders of the city. Home to the magnificent Taj Mahal, there are several other wonders (few of them are enlisted in the World Heritage Site) scattered all over the city. Though it is said that the city was built by the Lodi and Mughal dynasties, Agra’s existence can be traced back to the 2nd century, where it was mentioned in a Chinese geographer’s map as well. Tomb of Itmad-ud-daulah, Fatehpur Sikri, Sikandra and Agra Fort are other historical wonders to explore in the city.

Lucknow – The capital city of Uttar Pradesh, is one of the most important cities in the North. This former seat of power to the Nawabs of Awadh, today is a bustling city which still carries the warmth of yesteryears. Everything, from art, food, music, culture and dance, carries its own magical Nawabi touch. Amongst the most visited historical destinations includes Jami Masjid, Bara and Chhota Imambara. Its proximity to other historical renowned places like Jhansi, Mathura, Allahabad, Ranikhet and others, makes it a focal point for historical expeditions in Uttar Pradesh. Don’t forget to buy a Chikan kurta and dig some Tunde kebab, while you’re enjoying the historical wonders of the city. Lucknow is well connected to other major cities in the region, and if you would like to explore the nearby places, you can take a New Delhi to Jhansi train or a Lucknow to Allahabad bus to visit them.