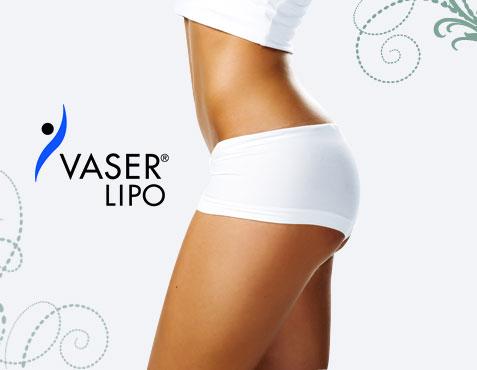 These days, the sheer volume of different liposuction treatments Harley street London clinics are offering can confuse newcomers to cosmetic surgery to say the least. On the surface, it is natural to assume that liposuction is liposuction and it simply does the job it was designed for. In reality however, not only can liposuction be used for various different purposes, but there are also various types and standards of liposuction available.

So with this in mind, what follows is a brief introduction to the subject of Vaser liposuction in the form of the 10 and most important questions and answers posed frequently by the public:

In terms of expense, value for money is all relative as it comes down to what it is you are having done, how much money you actually have to spend and the benefits you get out of it in the long run. For example, there is a big difference between spending £300 if you have plenty of money and £13,000 if you are strapped for cash – one of these patients would of course consider Vaser liposuction to be more expensive than the other. Nevertheless, if the outcome is as you hoped, it would be then value for money that cannot be denied.

2 – What Exactly Does the Process Entail?

To put things into the simplest terms possible, the technique utilises ultrasound energy in order to remove fat by melting it under the surface of the skin in order for it then to be taken out using a small tube. What makes Vaser liposuction different is the fact that there is in fact no aggressive suction involved.

3 – Why is Vaser Better Than Standard Lipo?

The number one benefit of this kind of fat removal is that when compared to standard liposuction, Vaser is more precise, can be targeted better and is considerably less aggressive in the way the fat is extracted. As such, not only can it produce better results but it can also help minimise side effects and speed up recovery times.

4 – How Long Does it Take to Recover?

The answer to this question depends on the nature of the procedure carried out, though more often than not the immediate inflammation and swelling that follows the Vaser process will fade within about a month. However, it is important to listen to your surgeon and speak to them should you have any concerns with regard to your recovery.

5 – Does Vaser Lipo Tighten the Skin?

Conventional liposuction has always been associated with the somewhat unfortunate loosening of the skin around the area where the fat was extracted.  While it would be irresponsible to say that Vaser does not also have the possibility of leaving the skin looser, it has been found in tests to leave skin around 50% tighter than had standard liposuction been used.

More often than not, the initial results will be visible immediately after the procedure though it is not until the bruising and swelling subside that you will be able to see the effect in full. In a standard case, you can expect to wait 1 to 3 months before this will happen.

7 – Where Can Vaser Lipo be Used to Treat?

The fact that Vaser lipo can be targeted with such precision means that it can be used up and down the body to treat any problem areas. A standard liposuction procedure will often be limited to belly fat and thigh fat, while Vaser has proved extremely effective around the neck, arms, breasts and indeed all over the body.

Vaser is the newest kind of lipo on the market right now, though has in fact been in use for several years. As such, there is nothing to worry about in terms of it being untested as it has already become one of the most highly recommended and trusted procedures among surgeons of the highest calibre all over the world.

9 – Is There a Risk of Weight Gain Following the Procedure?

Cosmetic surgery is used to alter the way your body looks in order to help create an aesthetic you are happy with. It has absolutely no effect on the way your body works or your approach to life, therefore if you were to return to an unhealthy lifestyle following a fat removal procedure, there is every chance you will once again gain the weight you lost. It is therefore of crucial importance to pay close and special attention to your lifestyle following these kinds of procedures.

Last but not least, the most common side effects associated with Vaser lipo include inflammation, bruising, swelling and moderate pain around the area treated which should subside in large after about a month or so. It can however take up to three months for all swelling and inflammation to fade during which time there may be other side effects which a surgeon will explain in relation to the specifics of your surgery.