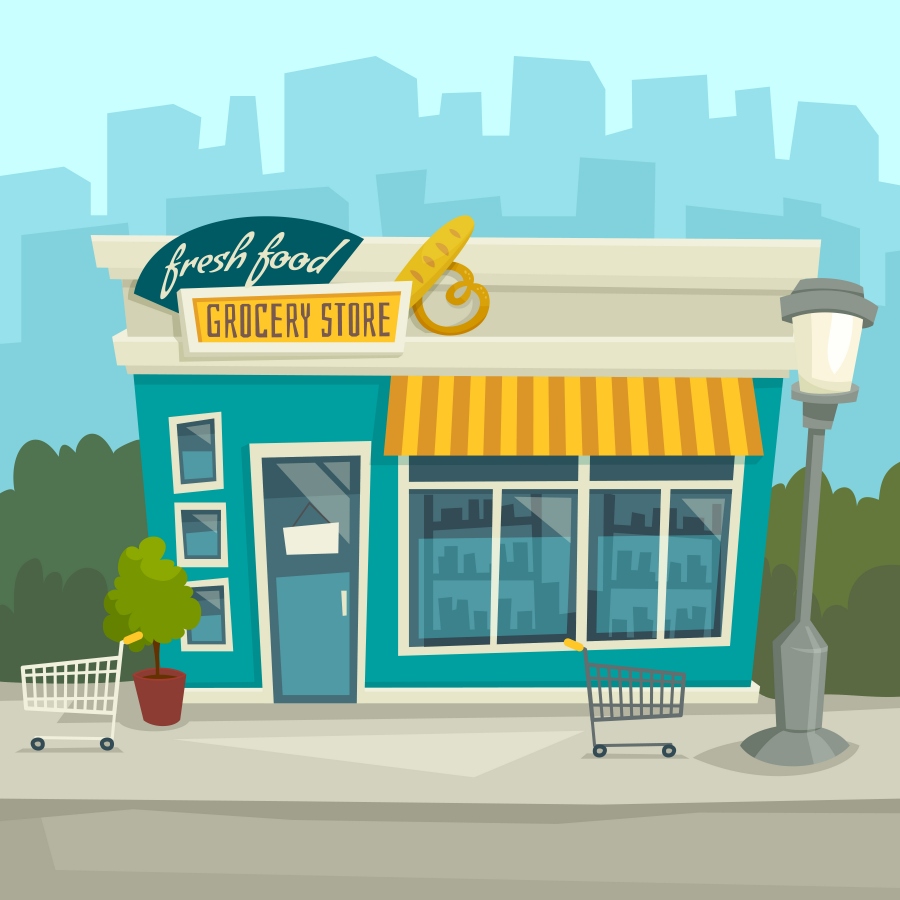 Why Local Grocers Are The Way To Go

You’ve probably been encouraged to “buy local” at some point or another, but you may not have been told why buying local is such a good idea. For one thing, more of your money goes back to the community when you buy from a locally-owned business. National chains have their place, but they’re simply not as interested in giving back to the community the way a local store is. National stores have anywhere from a few dozen to a few thousand stores to deal with. They can’t spend as much time focused on your town.

But when you go with a local chain, the money you spend is more likely to be recirculated in your area. That could come in the form of the pay the store gives to its employees, or the payment it makes to the local water company. Local companies have more loyalty to their hometowns, and it shows in the way they spend their funds.

Sure, a big box store may create some jobs, but it also uses more resources than your neighborhood grocery store. The neighborhood store just north of downtown has a smaller, more efficient space. It doesn’t strain the city’s infrastructure the way those gigantic warehouses on the outskirts of town can. A more central location also means it’s easier for residents to get to, which is especially helpful for people who rely on public transit.

Neighborhood grocery stores also generally have fresher food. That’s because the merchandise doesn’t have to travel as far before it lands on the store shelves. If you ask people if they’d rather have meat from a farm ten miles away or meat from a farm one hundred miles away, they’d probably select the first option. People want fresh, good options, and neighborhood stores are often better-positioned to offer that. They can listen to their customers rather than a corporate headquarters one thousand miles away. That puts them in a better place to respond to the needs of the people they serve.

That’s also true of local liquor stores. National chains may have a bigger advertising budget, but that doesn’t mean they have better prices or selection. If you want to know about a specific wine region, you’ll probably find more knowledgeable and enthusiastic salespeople at the locally-owned liquor store down the street. There’s a reason customers generally report a higher level of satisfaction with independent stores than they do with the major chains.

There’s also a decent chance that the employees will be happier at the smaller shops. It’s all too easy to become just another cog in the machine at a national chain. That’s less likely to happen at a place where the owner can remember all of his employee’s names.

National chains often demand major tax incentives as a price of doing business. That can result in something resembling a hostage situation, where cities and states keep giving out taxpayer money because they’re afraid the company will leave. Independent businesses are less likely to throw tax-related tantrums, and they’re also more likely to donate to local non-profits. It’s a cycle of giving that truly benefits everyone.